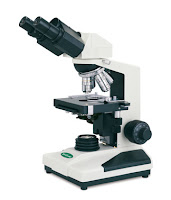 Planning has started for our next trip to Nicaragua. Esther is a microbiology major at Cal Poly San Luis Obispo. She is planning a senior project to help a group of Rama people living in and around the island of Rama Cay. On our earlier visits we have seen evidence of many kinds of health problems with people from Rama Cay that may be caused by microbes in the drinking water, exposure to the bay water (swimming), and livestock running loose around the dwelling areas. Esther and Jim (her father) plan to bring medical supplies and two clinical microscopes to Rama Cay. One microscope will be for the school and one for the clinic. With these microscopes students will be able to see and learn about microscopic organisms. Workers and volunteers at the clinic will be able to diagnose some illnesses. In the clinic, microscopes can be used to identify parasites and bacteria like Mycobacterium tuberculosis which causes tuberculosis and is very common in the area. Knowing which organism causes a disease in a patient is important for understanding which medication should be given to a patient. Treating an illness with the wrong antibiotic or anti-parasitic drug could lead to complications. The clinic on Rama Cay has a limited supply of medications so it is important that the correct medications are used in a way that would be most effective. There are no microscopes at the clinics on the island at this time. Over 1,000 people live on the island and many more come to from the surrounding territory for medical treatment. Awareness of bacteria and parasites can also lead to better sanitation practices and proper care of drinking water.

This site uses Akismet to reduce spam. Learn how your comment data is processed.